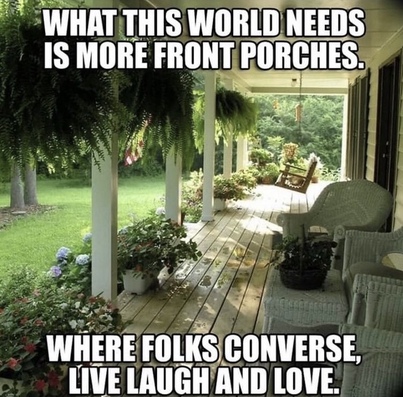 I got tears in my eyes to see this picture because it reminded me of one of the finest women to ever walk this earth - Oseola McCarty.

She was born in 1908, Hattiesburg, Mississippi. Her grandmother and her mother were both Washer Women (Laundress). They had a huge pot that they would light a wood fire under each morning, then boil the clothes, scrub them real good, wrench (wring) out the water and hang them to dry on the clothesline before ironing them with an old cast iron that was heated in the fire too. Oseola at a young was fascinated by the process and would be underfoot, doing any little chore she was allowed. Finally she grew old enough that she was trusted to start the fire by herself and truly felt grown up.

The two women would give Oseola pennies and nickels and dimes for her help. She even got a few quarters on occasion and felt so proud of her developing skills. She’d carefully tuck the coins under the pink blanket in her doll carriage for safekeeping and then one day she was allowed to open an actual bank account in her own name! She would proudly roll that doll carriage down to the bank, solemnly lift that pink blanket and hand over all but a few of her coins. She saved a bit for the church offering plate and also to buy some candy.

By the age of 11 she had to drop out of school to help full time due to her grandmothers failing health. As the years passed, her range of skills grew to include all aspects of being a true Washer Woman. And she diligently continued to take her deposits to the bank.

Oseola was beloved. Known for her exceptional work, every rich man in Hattiesburg took his shirts to Oseola for cleaning. No one could get them as white, or as nicely pressed. No machine ever did the job that Oseola could do. So the work kept coming in and she kept doing it. After she’d turned 85 the man at the bank asked one day if she was planning to retire. She’d never once considered it. And told him that she didn’t know how she’d survive without her income from taking in washing.

The banker told her, “Miss McCarty, your account is worth over 280,000 dollars! You bring us deposits, but you never take withdrawals. Your savings have been compounding all these years.”

(Tears to write this part…) She dropped out of school. She’d never had anyone to teach about finances, nor was she that good at adding. Her customers would tell her when she needed to raise her rates through the years because she never even thought of inflation or cost of living. She was not a stupid woman. She just hadn’t received the type of education that we take for granted.

Bank Manager slid his chair back from the desk when he realized he’d need another way to explain to her what her account truly held. He asked what the largest bill she understood. She’d seen a hundred dollar bill and told him she understood how much it was in real money. So he made a quick calculation and called his assistant.

The assistant brought trays full of dimes to the Bank Manager’s office. He broke the wrappers and began stacking dimes across his desk. Once finished he said, “Miss McCarty, each one of these dimes represents a hundred dollar bill sitting in your account today.”

Eyes wide, Oseola couldn’t believe what she was seeing. Confusion, then shock, then tears…and then a huge smile. She asked him if she could do whatever she wanted with the money. He said, “Yes, ma’am! Of course you can. You earned this money and it is all yours to do with as you see fit!” She thanked him and then left to go home so she could talk to God about what to do.

Half of the money was donated to Southern Miss, the college in her town. She wanted another girl to get the education that she hadn’t gotten. And the first girl who received money from her endowment brought tears to her eyes. They met at Oseola’s house. Sat together…on the porch. The girl would visit from time to time. And Oseola was so proud of her. Almost like a granddaughter that she hadn’t had. A special blessing before cancer took her life. Her spirit is still alive and well in Hattiesburg. A legendary Angel that is still discussed, still inspires others to donate as well and still remembered lovingly for the spirit that brought to life.